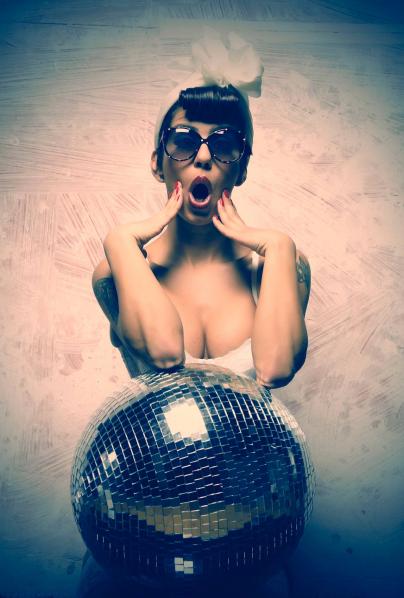 What: vInspired presents Car Boot Disco A clothes-swapping and customisation party for young people, launching the Get Trashed campaign to save 10,000 clothing items from landfill

Who: The event will feature DJ sets from the best in UK dance music talent, and customisation from the most cutting edge young people in London’s fashion communities

London’s iconic Ministry of Sound will play host to the first ever Car Boot Disco on 24th November. The Sunday afternoon Ministry party combines music, fashion and swapping to encourage young people to update their wardrobe by exchanging and customising clothes instead of spending on fast fashion.

The event launches vInspired’s Get Trashed campaign to save over 10,000 clothes from landfill before the end of the year. It will create a tribe of young people dedicated to re-using, recycling and having fun – whilst looking good at the same time. Young people will feel part of a movement, putting the issue of waste front of mind – empowering them to run their own events and spread the message via the Do Something channels, social media and word-of-mouth.

This free party is aimed at young people in London who are bored with their wardrobes and want a fresh update, but without the cost. vInspired is inviting anyone with swap-able clothes to come along to the event and take home something that is new to them but unwanted by someone else.

Rising fashion designers will be on hand, hosting special areas of the super-club to provide unique professional customisation like studding, badging and ripping - ‘pimping’ up tired looking items. Fashion scouts will be attending the Ministry of Sound event, looking for potential models who can rock any outfit – old or new – making this the perfect chance to showcase individual style.

Spinning the perfect soundtrack to for a Sunday afternoon session will be some of the very best DJs from the UK’s dance music scene who will be hitting the decks for the duration of the event. Remixing music alongside the remixed fashion.