Thoughts, facts and fears of a man heading for a hair transplant. 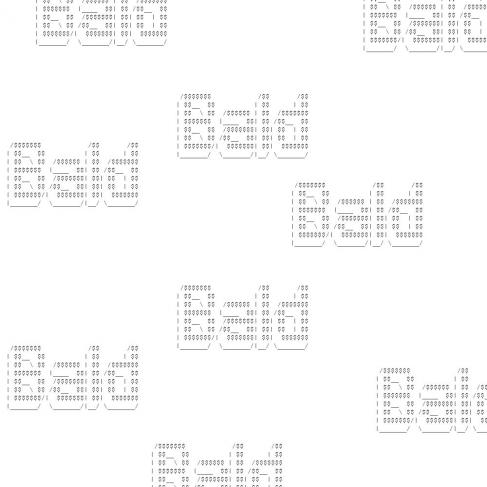 I like my hair - it's kept my head warm for a long time now. This isn't just an exercise in vanity. Drastic action is warranted in desperate times. So, I've agreed to have a hair transplant. And, in advance, i'm popping Propecia everyday. (That's finasteride to the prescription-lingual.) Here's my story - I hope it outlines the pros, cons and fears for other men that are considering the very same thing.

We've covered baldness before, a few times. We've also showed you products like Nioxin, Alpecin and Regaine. The latter being a temporary fix - containing minoxidil. Even head&shoulders are getting in the act with a thickening spray. There are also pedlars of platelet treatments that inject blobs of your own blood into the scalp - to stimulate regrowth. We wouldn't recommend using that - it's a bit dubious. The others all have varying degrees of cosmetic and topical value. And covering them has all, rather conveniently, run in parallel to yours truly's tale.

I'm going bald. There's no use pretending anymore. There's no use buying thickening sprays, or caffeine packed conditioners: there's nothing they can do. It's been accelerating to the point that friends are beginning to compliment me when I "don't" look like I have a thin head of hair. My dad, coot-like, mocks me with tales of his pre-forties hair collapse. Inevitability sets in and I even began to plan which hairdresser would chop the final time: shave the head bare.

In all truth, it wasn't an issue until recently. Until the wind picked up, and my nicely styled hair (Fish Soho make a lovely pomade) whipped up, revealing a fully square centimetre of uncovered scalp. I think having hair makes you feel more youthful, perhaps. For me, at least, I wasn't ready to let go. The war was on - I would fight this thing.

I now have that Dad's Army theme tune tumbling around my brain every time I towel-dry my hair. Somehow, it feels relevant. This is like Dunkirk, except it's scalp and not little swastikas that are surrounding my few remaining follicles. The rest have already relocated to either the chest, bottom or back. We can deal with those immigrant fools, but we can't, sadly, pin them back on the head. Darn it.

...Dr. Reddy concluded I had already suffered a 70% collapse in hair population and, in the central area of my scalp - in front of my crown - I had just three or so years until Zinedine Zidane and I would have more in common than incredible close control.

not good at all on hair retention

It was only last week that boffins at Columbia University Medical Center in the US, and Durham University in the UK, raised the hopes of men across the globe. They claimed to have successfully cloned human hairs from a donor. Hair-shedding men probably casually leafed through this cure's coverage, knowing full well it would be a few years off. What use is that now? There's hair dying, men! (Dying.)

Thankfully, there are experts that can help right now. Using the technique that's laid the foundations for the aforementioned technique, trichology has its frontier-men. One such Doctor is Raghu Reddy. Having trained as a surgeon, he's one of an elite group in this field that specialise in F.U.E (Follicular Unit Extraction.) That means he can quite literally take hair from the back of your head and replant it, neatly, on the top of it - in the areas where scalp is shiny and follicular craters abundant. And it's not cheap, at around £2.50 a follicle, you're going to need a decent disposable income or consider a loan to put wheels in motion. But, then again, what are you willing to pay to change your outlook? 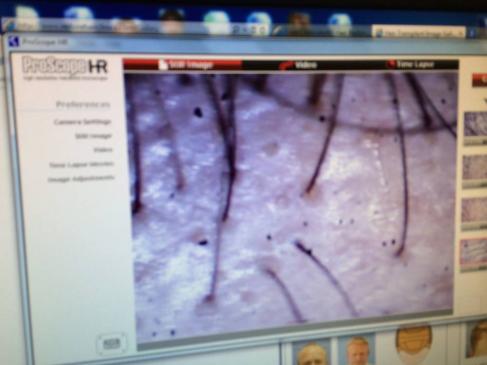 Having decided to embark on testing this process, I made sure I did my research. In a useful consultation with Dr. Reddy, I saw, firsthand, the problem. He scanned my head with a close-up camera and, behold, entire villages of happy hairs were dead. According to the screen, Dr. Reddy concluded I had, in the area we studied, already suffered a 70% collapse in hair population and, in the central area of my scalp - in front of my crown - I had just three or so years until Zinedine Zidane and I would have more in common than incredible close control. You can see (Image Left) that my scalp up close is looking sparse at best. I am also reliably informed the black dots are also just dust particles and not nits - so, every cloud.

After Dr. Reddy had finished making me whimper, he got his pencil and paper out - talked facts. It was like follicacide was taking place, I sobbed. What rare force was driving this barbarism, robbing me of my remaining locks? DHT, and Dad, apparently.

In case you don't know, DHT is a bi-product of Testosterone. It's like a fuelled up version of it. It's also toxic for your poor hair follicles - shutting them down for good. That, plus a dose of DNA-driven male pattern baldness, were the likely cause of my woes.

The solution, apparently, was two-fold. I should take Propecia now, to ensure the current hair didn't fall out even faster after the transplant, and sit tight for the procedure. The surgery itself is set to take place over two days, with the Dr. taking 7,000 hairs from the back of my head in eight hour shifts. (Don't worry, they're letting me watch the tele while it's happening.)

Trouble is, the internet plunged me in to a bit of state. Having realised: no drug that makes hair grow back can be without downsides, I went on a bit of a side-effects hunt.

Turns out, the worst case scenario is "apparently" pretty bad, guys. Propecia works, issue free, 99% of the time. (Fact note: In official test samples sizes of a couple thousand) But. And this is, arguably, a frickin' massive BUT. Some men have reported to have experienced pretty bad side-effects. The lightest being testicular aching (propecia actually hyper-accelerates your semen production - boom) the harshest and rarest being complete and utter penile-system collapse. That's right - some men who'd ceased taking this drug have claimed its, presence then absence, caused their entire manhood to shrink, go numb and be all "like a eunuch". Dire? Panic, pandemonium, dark thoughts of horrors ensue.

Do I like my hair- a vanity enough to endanger my thing? Not without further consideration, that's for sure. Dr. Raghu is far more casual and relaxed. He, and colleagues, in fact, take it themselves. He looks fine to me. And, according to them, whilst the side-effects are real and happen in rare cases, the upside is 70% likely. The upside being increased virility, feeling better and a rise in normal testosterone levels. He also assures me that, should these nasty effects appear, I can just come off finasteride and wait for feeling to return. Simple? It would be if I hadn't then read about symptoms getting (even) worse when some men quite the drug.

Thus far, the balls are definitely not feeling achier. A few days in, the drug is not numbing my whole presence. It's not decreased my libido.

some of the side-effects

But Dr. Reddy's assurances have nudged me to search for "side effects of Ibuprofen" and the like. Yeah, turns out they are also pretty scary, too, and it hasn't stopped me literally spitting in the face of the odds monthly. I figure that these rare cases are bad, but are probably linked to dosage size, pre-prescription health, personal circumstance and bad luck. I am probably ok, but i'll still keep an eye on the troops - hourly. Plus, there's always the risk that a psychosomatic response does the work the drug did not. I'm determined to think positive and roll the dice.

Sorry to be graphic. Thus far, the loins are definitely not aching. A week or so on and, touch wood, the drug has not singled me out as the side-effect exception. It's not decreased my libido. Yet. (What'll happen when I come off it?) Fears aside, it's best in these situations to trust the regulator's calls and look to the large numbers of men that Propecia has worked wonders for.

I keep thinking of the benefits. In addition to the ones Propecia could offer, this surgery, as truly ground-breaking as it has been, will replant hairs and leave them there for life. They'll affectively be immune to DHT's toxicity. That's a bonus.

There's more, though. Dr. Reddy also expanded a little on the lifestyle damage i'd done to my hair. Regardless of Propecia, and the hair transplant. I could help reduce the damage with some really really simple changes. The first being hot water: don't wash your hair in it. That's simple enough. Apparently it's not great for your hair. The second was to use an organic shampoo - one rich in Aloe Vera extract. Yep, done that. The last, was to never, ever, lift a hot hair dryer to my head. (Which, I confess, I did a lot - there's no better style than a waxy blow-dry.) I'm guaranteed by Dr. Reddy that none of these minor changes will result in testicular implosion, depression or vomiting - so I've charged in.

Wish me luck - the next few months are to be spent testing finasteride. My surgery takes place at the end of January and, if you don't hear from me about numbness prior to that, i'll let you in on the painstaking process, pain involved, post-surgery itching and embarrassing rashes.

In the meantime, look out on twitter, i'll be tweeting a picture of my shaved head some time ahead of the surgery. I figure that I should live with the "look that may never be" before everything changes and I don't need to worry about the shiny scalp ever again.

Dr Raghu Reddy is a certified doctor and a member of the British Medical Association and operates from The Private Clinic on Harley St., London.