A Girl's Eye View: The Joy Of Text

let your fingers do the talking. Or not if you can't spell 'fingers'...

By Against Her Better Judgment, 02 Feburary 2012

Forget ears, neck, the inside of an elbow - it shouldn't come as a surprise when I tell you that a gal's biggest erogenous zone is her brain (incidentally, if it does, you need to rethink your moves, pronto). Stroke it in the right way and she'll be purring like a kitten. Fail to engage, and at the very best she'll be fantasising about Clive Owen as she makes the necessary noises; at worst, she'll be doing a mental stock check of the kitchen cupboards and making a note to add mustard powder and Earl Grey teabags to the Ocado list (true story, kids).

Which brings me to the subject of the dirty text message.

Because as well as being, let's face it, rather good fun, they're a prime example of needing to engage a gal's brain.

A saucy message while one's on the train home; lying in bed; or even just on the way into a meeting can be enough to perk up a day no end. Get it right and by the time a girl gets home, she'll be so worked up that she might even surprise you by doing that thing you wished she would that you've not been brave enough to bring up in conversation yet.

But get it wrong, and there's very little redemption: she'll zone out quicker than you can say "Kurt Geiger sale".

But be warned that there's something worse, far worse, than hackneyed material and dodgy photos of greying pants (no, really). What'll really put us off and have us zoning out and sending half-hearted replies (if any), choosing instead to reach for the hot chocolate and this week's copy of The Economist (told you it was bad), is poor spelling and bad grammar.

We're not totally unreasonable beings, and if your wordsmithery has got us really hot under our collars, we're unlikely to notice an out of place preposition, or a sneakily split infinitive. 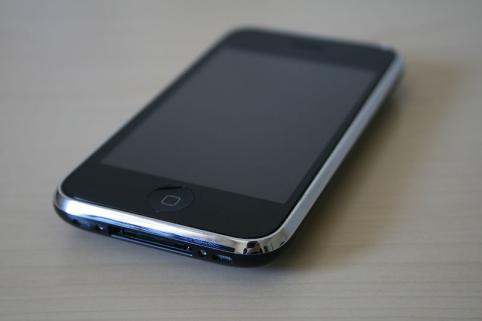 It can be your best friend, or your worst enemy...

But some of us are paid to notice this kinda stuff and others are just like this: everything can be rattling along swimmingly, getting steamier by the second, but the moment you mix up 'your' 'yours' and 'you'res', it's over. Our brains need nothing more than a chance of diversion, and we're gone, pondering those Earl Grey teabags again.

Of course, if your mistake is merely an over-excited slip of the fingers and you've done enough earlier on to keep our minds occupied and as far from that shopping list as possible, we might just let the lack of concentration go - so long as you make it up to us once you've got through the door...

Otherwise, you're on your own.