Stars are out for the F-type Coupe

We digress and ponder whether it's both iconic and a cautionary tale? 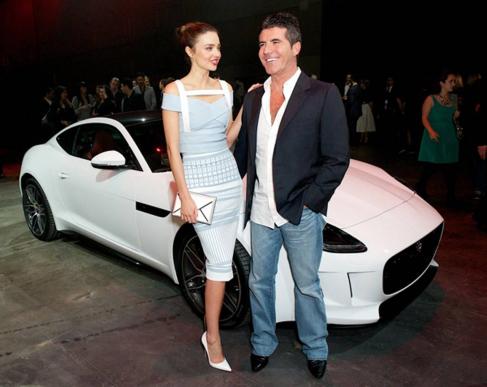 It was a star-studded occasion, with the likes of Simon Cowell, David Gandy and Miranda Kerr deigning the launch of the new F-Type Coupe with their presence. Whilst the stars always avail, we found ourselves totally side-tracked. It's good for Britain that Jaguar has done well but... As the designer Jacek Utko correctly observed, "You need to remember that: to be good, is not enough."

This is obviously a sensational car. It's something that Britain should be proud of and, yet, also temper with reality. To succeed in the global market, and nudged by a series of governments, the British motor industry struck successive fiduciary accords with globalised businesses.

Look at what's been achieved, by Jaguar alone, with such support. And then answer this: how does Germany sustain its global motor brands with a higher average wage, manufacturing their product domestically, without wholly losing majority economic equity in homegrown brands? A mouthful, but ponder it. We just thought we'd throw that out there…why? When we clap and applaud Jaguar, we still do so wondering whether it could have nonetheless achieved such success without foreign business aid. If Germany can, why not the Brits?

That's not intended to be jingoistic, it's just an inquisitive logic. And it's directed at successive governments that have all but kicked the motor industry towards this status quo.

Made in the UK, designed in the UK. Jaguar isn't really British anymore, though, not in the way BMW or Mercedes are a German brand. It's presented as British, usually by the BBC (state-owned) and government business stewards, but it's really owned by an Indian conglomerate, Tata. In recent interviews, Jaguar execs have even gone as far as to say that, without Tata's large coffers of cash, the brand wouldn't have been able to climb to the top of the pile of car marques.

Firstly, the designers at this business are second to none, the products they have produced have, especially latterly, been of high quality (see this car). Secondly, they sell a lot of cars. Was it really just financial support that helped turn around Jaguar's fortunes, post-Ford's £1.15bn sale to Tata, or was it cultural and strategic? Were the aforementioned variables injected by the new owners, or empowered because of the financial security they offered? It was probably more a combination. One of the first things Tata did was to unleash Jaguar's imagination - with a whopping £1bn on R&D. (We think it may have worked...) 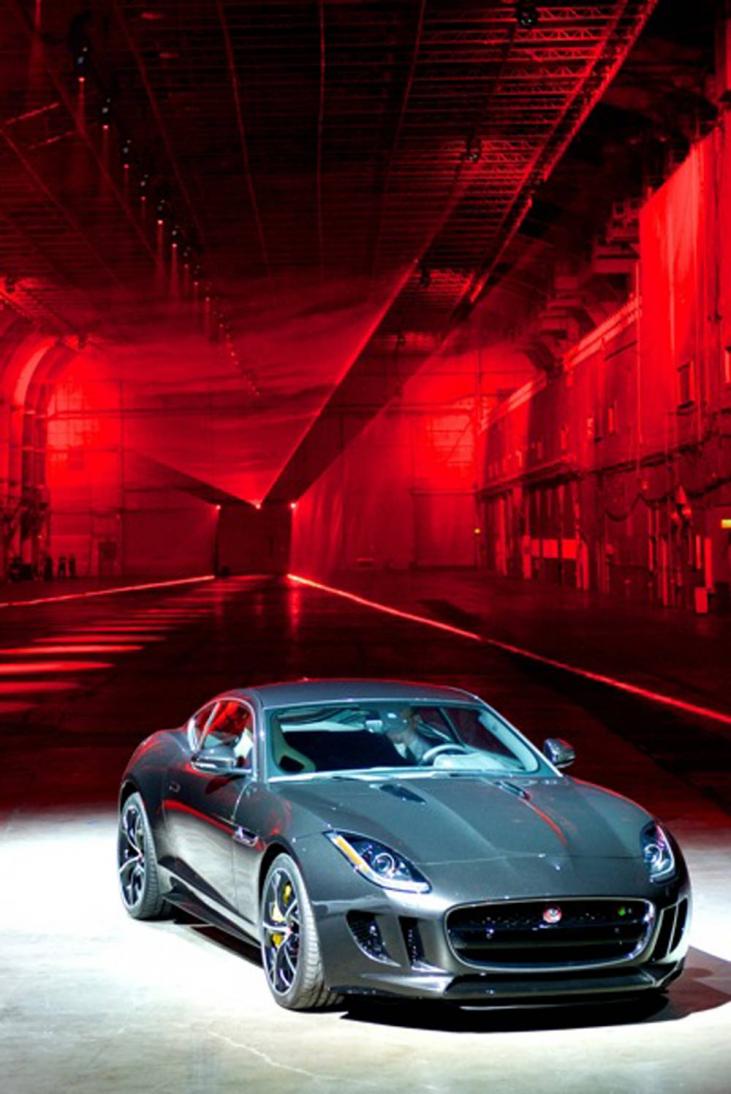 We hear you, does it matter if a brand is owned in the UK? Yes, it probably does make a bit of a difference on an economy. There's a pretty simple example: Germany had a balance of payments surplus in 2012 of €24bn and the UK ran a deficit of £29bn in 2011. Most German Motor brand manufacturing is owned or listed domestically. Note: We found Germany's stats pretty easily, on page two of their PDF. Whereas the ONS hid the UK's figure away a dozen pages in - interesting contrast of approaches?

We only ask all this because, apparently, the government is searching for a means to "export" Britain out of recession. And, it's not just to the naked eye, Jaguar is a massive success story - but more than that, it's a possible blueprint for others to follow suit. If it is just a matter of financial security, and exports are really that important (they are, GDP = C+I+G + X - M), why did the banking sector get a £375bn+ QE free credit line, and policy wasn't balanced with similar underwriting precedents for the exporters and manufacturers, like Jaguar? It's not just hindsight that fills in the gaps. Long has the reality been painted over with a service-industry bias.

In context, the strategy for heavy industry - and even now with infrastructure - has been to get someone else to pay for it. Money and debt has been tasked to systematic risk, rather than microeconomic growth. (Eggs. In. One. Basket.)

Considering the comparison with Germany - whose policy has, historically, been more affective? *Cough - Germany.* Rather than solely making commercial guarantees to Foreign Direct Investors (which are obviously a very important variable as well), a better domestic balance would surely be prudent? Especially if you look at what Jaguar achieved with a financial security and a new culture of R&D.

Jaguar are world-class. It's a mostly British brand. But more than that, it represents both a cautionary tale and a proud blueprint - all wrapped into one. It's a juxtaposition of British creativity and what must amount to a self-destructive policy-making dyslexia. Jaguar deserved better and, ironically, it got it from an international business - rather than its own domestic economic guardians.

The F-Type is a feat of engineering, a thing of beauty. It will sell like a luxurious hotcake from Ladurée. That's reward for the amazing foresight shown by Tata, bankrolling the marque - they'll deservedly reap the dividend for that risk. Foresight, risk appetite: both are certainly not traits exhibited by business policy-makers for some time.

Anyway, we digress to melancholy, let's get our heads out of our rears. We should just be pointing you toward the holy land of aspiration that these pictures and handsome celebrities herald. F-Type must surely mean, "fantastic-type". If you have a disposable income equivalent to the GDP of Weston-super-Mare, indulge. We would, and we'd salute Tata as we revved that V-6 supercharged engine into orbit. 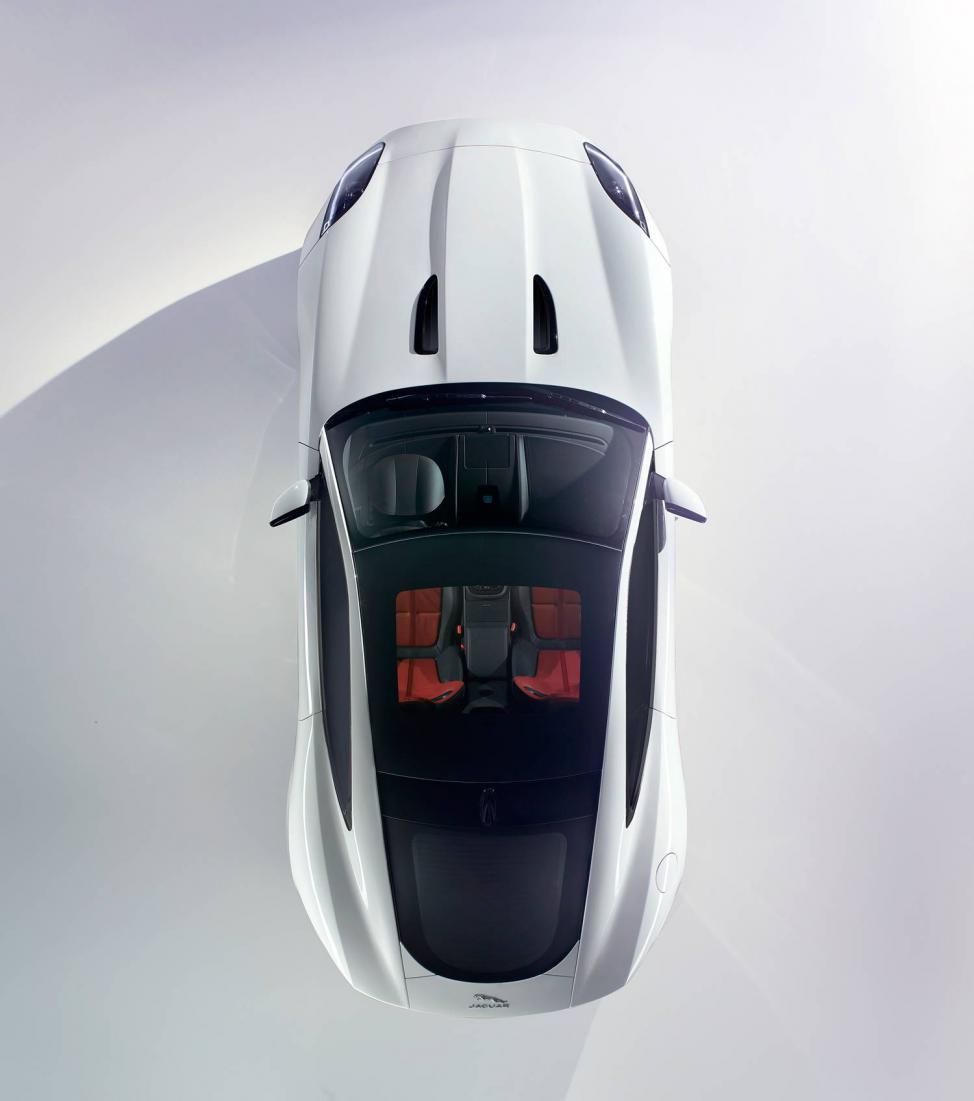 The New F-type is a beaut

Curves in all the right places and substance under the hood 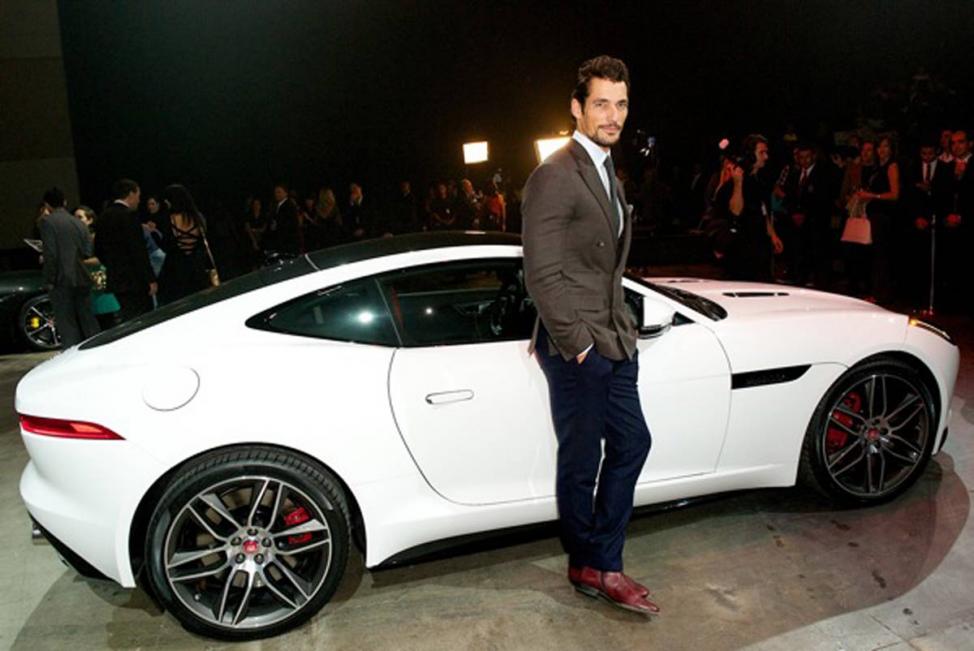