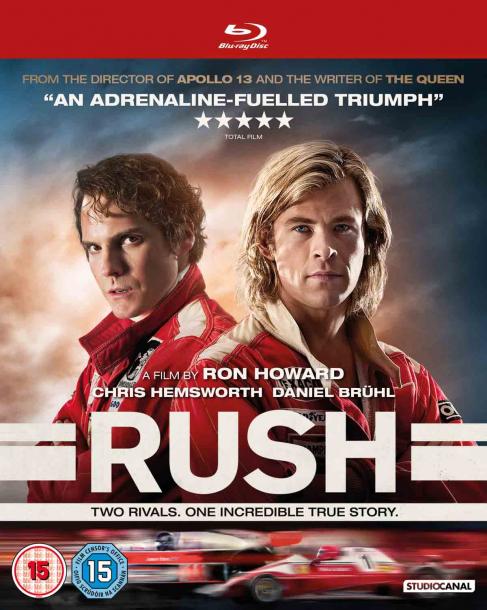 Daniel Brühl on portraying a legend

Interview with the co-star of the critically acclaimed biopic, Rush.

When he first called me, he told me that I should just bring hand luggage...He said it was in case we didn’t like each other and I could ‘piss off right away back to Germany.'

He’s appeared in well over fifty films, but chances are you won’t know immediately who Daniel Brühl is, let alone what films he’s starred in. Why? Well that’s because he’s largely made his name turning in award worthy performances in smaller foreign language films in Germany. Movies like The Edukators, Good Bye Lenin! and Joyeux Noel. That is however, until now.

It was back in 2009 when Daniel was first introduced to mainstream audiences. Shining in a limited, but none-the-less important role in Quentin Tarantino's Inglourious Basterds as Frederik Zoller; the charming and equally brainless German war hero/propaganda star. It was here that wider audiences first got a taste of Daniel’s incredible talent and onscreen presence. Unsurprisingly, it was all a bit of overwhelming for Daniel. “I still find it surprising and extraordinarily exciting because I grew up (watching) these directors,” explains an obvious proud Brühl. “I still see myself sitting there watching Pulp Fiction when I was sixteen and to know that I now, years later, have the privilege and luck to work with these guys, it’s just fantastic.”

Some 4 years on from that watershed moment in Daniel’s career, the 35-year-old actor now finds himself firmly at the centre of another fantastic Hollywood production; this time as the secondary lead in Ron Howard’s incredible Formula 1 biopic, Rush.

“It’s probably one of the most exciting rivalries in sports history, and definitely one of the most dramatic seasons of that sport,” summarises Brühl. “Niki Lauda and James Hunt were competing for the world championship to the very last race (of the season) and it pushed them beyond their limits and made them better at what they did. For me, this film is so interesting because these guys couldn't have been more different. One was a very calculating, mathematician kind of guy (Niki Lauda), and technically very skilled. James Hunt on the other hand was the typical seventies, flamboyant play boy.”

Thankfully, despite having almost diametrically opposite personalities, Daniel couldn’t have had a better understanding of what it meant to play the iconic German racer, having grown up in Cologne, Germany; a mere stones throw from the notorious Nürburgring where Lauda famously suffered a horrific car crash which left him permanently disfigured. “As a kid, we all knew who Niki Lauda was. Even now, he’s still an icon and a hero (in Germany); so of course, you feel a huge responsibility that weight on your shoulders. At first, I was nervous, but I quickly felt all the support from Ron Howard, Peter Morgan, Andrew Eaton and all the producers.”

However, none of that support from the production team could prepare Daniel for meeting Niki in person, a man notorious for his straight-talking, no bullshit attitude. “When he first called me, he told me that I should just bring hand luggage,” recalls Brühl. “He said it was in case we didn’t like each other and I could ‘piss off right away back to Germany.’” Luckily, as we now well know, that first meeting with Lauda went exceptionally well and Daniel was able to set about the difficult task of getting to know the former Ferrari driver in more detail. “It was important for me to find out who that man is behind that surface, that cold surface - the professional and calculating façade. Slowly, I dared to ask him more and more delicate questions around the accident. How it feels to live with the consequences of such an accent. We talked about death, fear and vanity. It was quite sensitive subjects and I was very thankful that Niki was willing to talk to me about it all.”

But the key question remained, what would Niki think of Daniel’s portrayal? It couldn’t be easy to impress a man renowned for his high standards and tough outer shell; but if there was ever any doubt in Daniel’s mind about how the former Formula 1 racer felt about his portrayal, it was quickly laid to rest during an encounter at a screening in Toronto. “Chris [Hemsworth] and I were supposed to step on stage and we’re watching the last scene on a little monitor when all of a sudden Niki was standing behind us. He’d just flown in and we were watching the final scene together, and I turned round for a second and saw Niki with tears in his eyes. This film, it’s a bit of a catharsis for Niki; he felt something. That’s how I know he liked my performance. Besides, if he didn’t, he would no doubt turned to me and said ‘never come back to Austria asshole!’”

Rush is available for EST on January 17th and is out on Blu-ray and DVD on January 27th courtesy of StudioCanal.