#1 Café au lait in the sun or dodgy mocha in the snow?

Olly talks about the realities of playing in France

When I was injured a year or so ago, I took advantage of a rare occasion - I was given some sustained time off by our medical staff (there was a bribe involved, but you don’t need to know the details). Having not seen my good friend Iain Balshaw and his beautiful family for some time, I decided to make the effort and catch a ‘Sleazyjet’ flight direct to sunnier parts.

After the most brutal short flight of my life, I was compensated with 20 degrees of sunshine and a sickeningly healthy looking mate waiting for me at the arrivals lounge. After a drive back to their flat, which made it very clear that Balsh had already picked up a few French habits - namely driving like he’d just nicked it – we both jumped on the back of his Vespa and made our way ten minutes around the coast in our shorts and espadrilles to a nearby beach. Not bad for late October.

A beautiful ride for me, not so for Balsh, who must have thought, at one point, I was trying to perform the Heimlich manoeuvre. I’m not the most laid back bloke on a motorbike. When we pulled up, we drove past what must have been eight other Vespas, all with rugby boots tied around the handlebars. I didn’t need to ask Balsh, my look said it all. “The boys,” he said in a dense Blackburn accent. I looked down across the rocks to a beautiful beach where eight of the Biarritz team were throwing a ball around in a crisp blue two-foot surf. This isn’t your local school team chilling out with a few mates on the weekend, this is one of the best team’s in Europe, challenging year on year for European and domestic honours and littered with International stars, killing time between sessions! “I’m doing it all wrong”, I thought as I felled my pasty body onto a dodgy hand towel.

It’s a dilemma we as professional rugby players are presented with at some point in our career - do I make the trip across the channel and will the grass be greener? There are undoubtedly huge attractions to playing rugby in France. You only need to look at Jonny Wilkinson’s year-round glow to know that the sun shines brighter, particularly in the south. Anyone playing in Toulon, Biarritz, Bayonne and Marseille, to name but a few, will all enjoy a wealth of dry, sunny weather and a cluster of beaches no more than a 15-minute Vespa ride away.

We know that with the sunshine comes the lifestyle, the beach and the Ray Bans, but even for those who don’t play near the coast there’s more than just a coffee at your local Starbucks. I have a few friends playing in different regions and it’s not uncommon to hear ofJames Haskell tweetingabout the Louvre or posting photos of the Eiffel Tower from an open-top bus. Many of the boys in Perpignan and Clermont Auvergne hit the slopes in their spare time to perfect their skills on the powder, while the boys in Toulon might wander over to St Tropez, ice cream in hand, ogling the harbour of super yachts. Not bad.

Born out of this lifestyle comes the French attitude, which can float your boat or sometimes downright sink it. Team meetings can start fifteen minutes late, arrangements are often confirmed moments before deadlines and very few teams have a structured game plan, but it’s this ‘laissez-faire’ approach that often draws players across.

In England, we leave no stone unturned in preparation for a game, we’re emailed accurate itineraries, sometimes months ahead, and fines are issued for those late to meetings. Don’t get me wrong, discipline within a team is vital and a good team has never been an unorganised and unprepared one, but after ten, sometimes fifteen years of it, a foot on the brake can be a welcome change.

But you know all this. You went to France with your parents when you were a stroppy teenager, hacked off the whole time because you thought you were old enough for the lads’ holiday to Tenerife. For rugby players, the reason can be much more controversial.

There’s no denying it, a lot of players will leave for the money. Of course, a bit of the French tongue is lovely to be able to pass on to your children (they might even grow up there and be fluent by eight, as Balsh’s kids are), but French clubs ultimately pay more.

In December 2009, a salary cap was slapped on the top-flight French clubs limiting their playing squads to a £7.1 million expenditure, still £3 million more than ours over here, but before this period clubs in France could spend whatever they wanted. It was no secret that Toulouse’s wage bill was rumoured at €20 million a year. The tax benefits wipe the floor with anything we have over here. Not only do you have tax benefits as a professional athlete but you also receive further reductions if you’re married and again for every child you have. 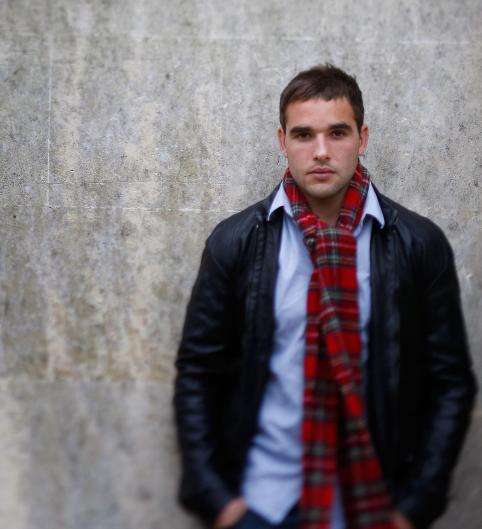 It gets better. Your tax in France is spread over five years regardless of how long you play there for (don’t ask me why), which means over three years you can end up paying as little as 20% on what you earn! The government would be choking on their expense claims over here.

So, the weather is often better for longer periods, the lifestyle is one most of us dream of and, at the end of it all, failing a gambling addiction, you’re going to be better off. No brainer right? Wrong.

It’s not without its hurdles. For those with families, the move can be one language, one car journey and one school move too far. Many of the boys I know have embraced the French culture with their families and loved the experience, but for every happy camper there’s one who has struggled. Sometimes the wife has struggled to grow a friendship circle; sometimes the children miss their friends from home and, with little French to communicate with initially, find integrating hard. And the reason your family are now in France absorbing and dealing with a family’s strains can take its toll on a player. Many have seen a loss in form, unable to concentrate on their game because of family issues.

As I’ve said earlier, some players will love the shift to a more laidback lifestyle, lack of organisation and a more unstructured game, but it’s doesn’t suit all. Some players have struggled to move away from the often meticulously planned Aviva Premiership.

For English qualified players, there is also a much more pressing decision at hand. TheRFU has clearly stated recently that any player playing in France after this season will not be considered for the national squadsunless there are “exceptional circumstances”. If you’re in with a shout of running out at HQ then surely this is a carrot enough to take the pound and not the euro? You’d think so, but just a few weeks ago Jonny Wilkinson committed his future to Toulon, more or less cancelling out any further international rugby in the process. A huge move from such an iconic figure in English rugby.

It could be an influential move, or it could prove him to be the black sheep? Time will tell, but there’s no doubting a move to ply your trade in France can present as much English rain as it can French sunshine. Major decisions in life will always be made for different reasons by different individuals, but if money is your deciding factor then beware the bigger picture.

Olly's Track of the week

I’m going to kick this off with one of my favourites. It’s not often that the remix is better than the original but Riva Starr has outdone himself on this one. You can findReboot: Enjoy MusiconDefected Records. A unique bass with the best vocal I’ve heard in years. Make sure your bass is ramped up and the neighbours are out.

back to sport section