Branagh and co. hammer into the summer movie season with a mighty blow

After being banished from Asgard, Prince Thor (Chris Hemsworth) must deal with a life on Earth as a mere mortal under the guard of Jane (Natalie Portman) and her scientists. That is until his evil brother, Loki (Tom Hiddlestone), ascends the throne and wages war on Earth and his older brother.

Thor is such a bruising, pummelling riot and a film any action-worshipping male should walk through the frozen wasteland of Jotunheim to see.

The only thing more powerful than Thor's hammering success is Kenneth Branagh's conviction that his mythological reboot stands alone as heavy-duty flick, rather than just a member of the summer comic book collective. What's more, his ironically delicate and detailed (would you expect anything less?) approach doesn't get bogged down in simply pleasing the die-hard comic fans.

As the director brazenly confirms his mammoth film as an epic summer movie in its own right, it's hard not to feel convinced. Especially when Thor is such a bruising, pummelling riot and a film any action-worshipping male should walk through the frozen wasteland of Jotunheim to see.

With the mighty Thor - played by an impossibly massive and Norse-looking Hemsworth, complete with Henry V language and veracious appetite - banished from the ethereal Asgard after an epic fight with the Frost Giants that starts the many "coooool!" moments, he is 'rescued' by star-gazing scientist Jane on Earth. The obvious fall-from-grace hero clichÃ© seems idly ignored - Thor deals with genuine trauma, from being hit by a van, to dodgy scrambled eggs to feeling the wrath of his father, Odin - the kid doesn't get it all his own way.

Hopkins is in full-on god-like mode as the King of Asgard. Dealing with the Frost Giants and petulant sons with oodles of contempt and power - that is until he falls into perpetual slumber. This leaves the slimy, fiendish sibling, Loki to take the throne and teach his big brother a lesson.

As Thor becomes more 'human' and searches for Mjolnir (his hammer, and source of power), the hint at the collective is in seeing the return of SHIELD locking down the site - complete with a sneak-peak at Jeremy Renner as Hawkeye (coooool!). Cue more outworld fisticuffs as Thor breaks in, only to discover he cannot regain his weapon. Darn. 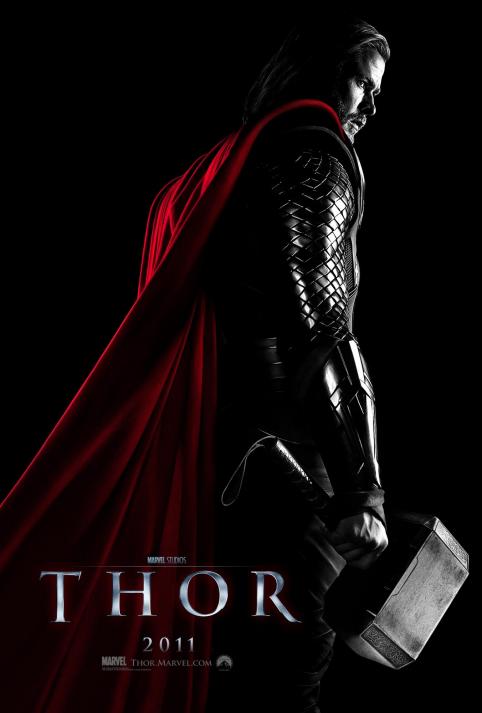 Thor stands alone as a quality comic book reboot as well as setting the scene for The Avengers.

With the scientists - Portman is stoically backed by Stellan Starsgard and Kat Dennings - attempting to deal with their mythical friend and stay in the scientific field, Loki, meanwhile, is plotting away - culminating in the teleportation of Asgard's metal guardian to destroy Thor on Earth.

Coooool! Thor gets his bloody-huge-great mallet, and awesome threads, back just in the nick of time to fend off danger. He flies too, before returning to Asgard to face Loki in a sibling battle of brute versus brains.

Thor has everything you could want in a big-budget comic book action-adventure - big battles, big scenery, big weapons, Natalie Portman, stellar cast, well-placed humour and the sheer desire to smite you. What's more, it sets us up nicely for The Avengers and lays a hefty gauntlet for Captain America. In the words of Thor himself: "Bring me another!"