He's now recognised as one of Britain's best actors, but before he worked with Scorsese and Spielberg, Ray Winstone was a fixture on Saturday evening telly playing the psychotic Will Scarlet in Robin Of Sherwood.

If you're old enough to remember a time called the 1980s, there's a chance you'll have very fond memories of Robin Of Sherwood. A souped-up version of the Robin Hood legend complete with a score by the Enya-spawning chart outfit Clannad and cameos from such big names of the time as Ian Ogilvy (The Return Of The Saint), Lewis Collins (The Professionals) and Oliver Tobias (The Stud), Richard Carpenter's programme was must-see tea-time entertainment.

It was pretty brutal.

As befitted a children's programme willing to tackle 'adult' topics like slavery and demonic possession, Robin Of Sherwood's Merry Men weren't ... well, particularly merry. "I played Will Scarlet as a borderline psychopath," laughs Ray Winstone who came to the series from the ultra-controversial Scum and would go on to essay tough nuts in everything from Gary Oldman's Nil By Mouth to Martin Scorsese's The Departed.

"Usually the only thing that's red about Will Scarlet is the hat that he wears. But in our story, Will changes his name from 'Scathlock' to 'Scarlet' after the rape and murder of his wife. If a tragedy like that happens to someone, there's a chance they're not going to be right in the head afterwards. And that's how I played Will - he was the guy with the shortest fuse who, in the right circumstances, could turn on anyone, even Robin Hood."

Winstone's all-fightin', all-frothin' Will Scarlet was off-set by Michael Praed's charismatic - not to mention, handsomely maned - Robin. Come the show's third series, however, Praed headed off to Broadway leaving his boots to be filled by Jason 'Son Of Sean' Connery. "I really liked Jason," continues the Indiana Jones star. "The first episode we shot together, Will and Robin were meant to have this huge fight. There was lots of talk about what we should and shouldn't do, and then Richard Carpenter remembered the great fist-fight between John Wayne and Victor McClaglen in John Ford's The Quiet Man. So in the end, we just restaged that. It was pretty brutal for a staged fight, mind - it took days and days to film. But by the time we were done knocking ten bells out of each other, me and Jason were the best of mates. You can tell a lot about someone from the way they accidentally punch you in the nose."

As with the previous seasons, series three of Robin Of Sherwood came in for a lot of criticism from the self-appointed moral guardian of the time Mary Whitehouse. As our man remembers, "She hated everything that we were about. She hated the blood, she hated the violence, she hated the supernatural storylines. If you asked the cast and the crew, though, they'd say they'd have been disappointed if we hadn't put Mrs Whitehouse's nose out of joint. You can't let people like that call the shots. Can you imagine how bland our culture would be if every TV programme you made had to please everybody? Our Robin Hood had balls and it was so much the better for it. I've seen loads of other people take a crack at the story and they've all failed miserably. That Kevin Costner nonsense, that BBC series where Robin was, what, 15-years-old - all that stuff." 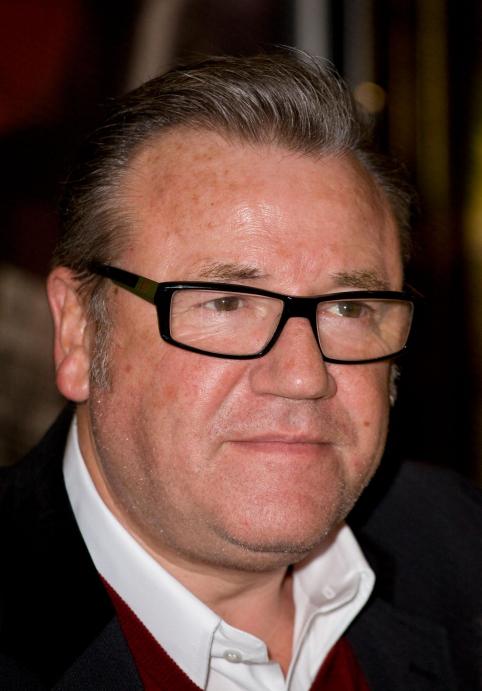 Thirty years after it first aired, Robin Of Sherwood remains a pretty big deal. This year saw the series released on Blu-ray to great acclaim, Clannad's soundtrack album Legend continues to sell in healthy numbers and, if you're (un)lucky enough to attend a sci-fi/fantasy convention, there's a good chance you'll encounter one of the 'Merries', as they're known in the business.

For Ray Winstone, though, Robin Of Sherwood is less a phenomenon than the nearest he came to attending university. "Those three summers were a very special time in my life," says the great man, his eyes getting ever so slightly misty. "The laughter we shared, the gallons of beer we drank, the camaraderie we enjoyed - I've never experienced anything like it before or since. For me, then, Robin Of Sherwood was like going to drama college - I learnt loads about acting, I met all sorts of amazing people and I got blind drunk with them on a regular basis. Happy days."